Dominican College sits just off the Palisades Parkway in leafy Orangeburg, New York, along the Hudson River above Manhattan. Founded in 1952 by the Dominican Sisters of Blauvelt to train teachers, Dominican is now an independent, Hispanic Serving Institution (HIS) (25% or more Hispanic students) with a remarkably diverse and aspiring student body of undergraduate and graduate students drawn mostly from the five New York City boroughs, Long Island, and nearby New Jersey.

The Palisades overlooking the Hudson River

Given strong nursing programs, other science-based disciplines, and a commitment to social service and sustainability, Dominican invited Dr. Robert K. Musil, President of the Rachel Carson Council and the former head of the Nobel Peace Prize-winning Physicians for Social Responsibility to be in residence for a week this spring as a Woodrow Wilson Visiting Fellow. Dr. Musil was hosted by Dr. Kathleen Hinge, an engineer who is Coordinator of the Dominican Science Department.

In his keynote address to the campus, Musil spoke on “Last Chance for the Environment? Why Scientists and Citizens Must Act.” Noting that his talk followed one year after the world-wide March for Science on March 22, 2017, Musil explained that our understanding of the world around us depends not only on increasing scientific understanding, but also on brave and bold scientists, like Galileo, who have taken real risks by speaking out publicly against the perceived scientific, religious, and political orthodoxies of their time.

Rachel Carson, Musil said, is a prime example in our time of a woman who challenged mainstream science and corporate assurances that the widespread use of pesticides was safe for both wildlife and humans. Although personally attacked, ridiculed, and threatened with lawsuits, Carson took on her critics and ultimately convinced the Kennedy Administration and the public of the dangers of DDT and other chemicals. Her stand helped spark the modern environmental movement and led to numerous environmental protections. 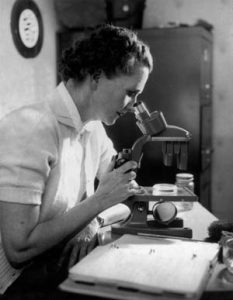 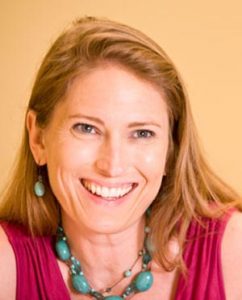 Such environmental progress as has been achieved, Musil said, especially the Paris Protocol, the first global treaty to address climate change with all nations participating, is now in danger. President Trump, along with the Republican-led U.S. Congress, consistently denies the science of global climate change and the need for measures to address it. The President further has actively removed science advisers and installed cabinet members, like Scott Pruitt at the Environmental Protection Agency, who are actively hostile to the environment. Fortunately, Musil said, a number of scientists inside and outside the government are now actively speaking out, like EDF’s Dr. Elean Craft, on behalf of environmental science and attempts to suppress it.

Given the Trump Administration’s deep denial and assaults on science, Musil called on his packed Dominican audience to also stand up and speak out for science, to work with organizations like the Rachel Carson Council, to attend the New York version of the 2018 March for Science to be held in Washington Square on April 14, and to become actively engaged in politics and elections on behalf of the environment.

While at Dominican, President Bob Musil also spoke at Social Work Community Day and was the speaker at the Dominican induction ceremony for students admitted to the international honor societies for psychology, social sciences, and criminal justice. Dr. Musil also had various meetings and dinners with Dominican faculty. Musil was also interviewed in the studio of the Communications Sciences Department for a video documentary on climate change and water. He also met with the leaders of the Dominican College Student Government Association (SGA) to discuss leadership for a lifetime and the ways student leaders can improve sustainability on campus and off. Musil also taught classes on world politics, earth science, management and business – all with a recurring theme of how students and faculty, regardless of major or discipline, can work to improve the environment and health.