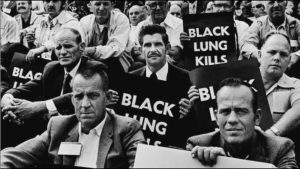 In Appalachia’s coal country, the aggressive resurgence of Black Lung disease amongst miners is a historic public health crisis. In an effort to call attention to the lives behind these startling statistics, staff from the Rachel Carson Council joined coal miners on July 23 as they lobbied for increased funding of the Black Lung Disability Trust Fund at Capitol Hill. Originally introduced as part of the Black Lung Benefits Act of 1973, the fund provides critical support to the living and medical expenses of retired coal miners suffering from various stages of pneumoconiosis, also known as Black Lung. Since the establishment of the Black Lung Benefits Act, it has been paid for by an excise tax on coal — a tax that, as of January 2019, was slashed by more than half. Already billions of dollars in debt, the trust fund and consequently, the miners, continue to suffer.

Black Lung arises from prolonged exposure to coal and silica dust. Over time, dust builds up in the lungs and causes inflammation, loss of function, and premature death. Last year, the American Journal of Public Health released findings that, across the United States, Black Lung incidence is the highest it has been since the 1990s and the bulk of these cases occur in Appalachian coal country. During an investigation by NPR and PBS Frontline, reporter Howard Berkes asserted that, “if the regulatory system that’s supposed to be helping these miners is working,” then an epidemic of this magnitude should not be happening.

Berkes and NPR/Frontline’s team found that despite the regulatory system in place, there were 21,000 incidents in the last thirty years of excessive silica dust exposure. These incidents were focused in Appalachia because coal seams there are thinner than in other mining regions, like Colorado or Wyoming. This means that Appalachian miners need to cut through more rock to access the coal, exposing them to higher levels of silica dust. Federal mine inspectors are meant to monitor silica levels to determine mine safety for workers, but the regulation process only happens about four times a year. Even when citations were handed down for dangerous silica levels, overexposure occurs far more often than inspectors have the capacity to report. Most of the time, miners work without any dust monitoring at all; it is this federal and industrial failure that has led to today’s epidemic. 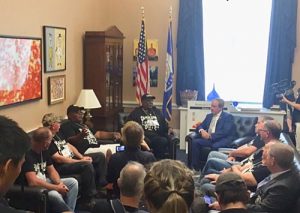 Retired miners Greg Kelly and Danny Smith were present at the Hill lobbying on July 23, and they have seen their activism and personal testimonies chronicled before by NPR and PBS. Despite media attention, political consensus on the Disability Fund has not been reached and the future for the miners remains uncertain. In a show of support, Pennsylvania Senator Bob Casey introduced the Black Lung Benefits Improvement Act  to “ensure miners can access essential health and disability benefits.” The new act was co-sponsored by Senators Tim Kaine (D-VA), Joe Manchin (D-WV), Mark Warner (D-VA), and Sherrod Brown (D-OH). Representatives Bobby Scott (D-VA) and Alma Adams (D-NC) introduced a coal tax restoration bill to the House that same day. All in all, the greatest blockade to better healthcare for miners is Senate Majority Leader Mitch McConnell of Kentucky. In a meeting with his own constituents, he gave the miners only two minutes, and told them, “their benefits would be safe but gave no assurances about the excise tax and left without answering questions or offering details.” McConnell’s response was a severe disappointment — one miner from Kentucky, George Hassey, called it “a low-down shame” because the Senator’s inattention reveals his complicity in stalling progress for the miners’ healthcare. 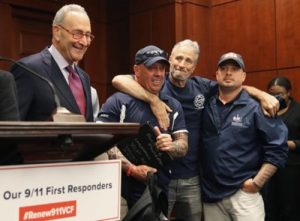 Coincidentally, the miners’ presence on Capitol Hill fell on the same day that the Senate moved to vote on another salient health crisis, the 9/11 Victim Compensation Fund. For years, first responders have lobbied on the Hill to expand the financial lifetime of healthcare aid for those suffering through cancer and respiratory illnesses born of the 2001 terrorist attacks. In a long overdue victory for the responders, Donald Trump signed the bill into law on Monday, July 29. Though coal miners and 9/11 responders have suffered through comparable healthcare struggles, miners and their families have yet to see the same justice.

The Black Lung Disability Fund presents unique difficulties when it comes to aiding sick miners – the main issue being that the fund is financed by taxing a dying industry. The downturn of coal operations in the United States places pressure on the Disability Fund as many coal mines in Appalachia struggle to remain open. Just last month, Revelation Energy LLC and its affiliate mining company, Blackjewel, filed for bankruptcy and left almost 2,000 miners from Virginia, West Virginia, Kentucky and Wyoming without a job. With a workforce that has been dwindling  — now down to just over 50,000 miners left in the United States — policy that defends the wellbeing of miners, retired or active, is imperative. Their dire economic and public health situation demands innovative solutions, as the challenges facing many of these communities extend far past the Black Lung Crisis. 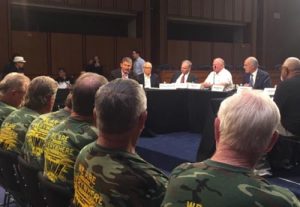 For the Appalachian miners living with and dying from Black Lung, putting money back into their healthcare trust fund is just a start — the bare minimum task to “keep the lights on.” Swift and comprehensive reimagining of these communities’ economic backbone must happen in order for these miners to receive the long-term support they need, and to ensure their future health and stability. To solve this problem, environmentalists and progressives have suggested a Green New Deal — a transition that will draw workers from fossil fuels into the renewable energy industry. Solar, wind, and hydro-power have experienced increasing success throughout the United States, especially in 2019, and advocates are pressing hard to realize a new green energy economy.

However, coal miners, as represented by the United Mine Workers of America President Cecil Roberts, can be skeptical of environmentalists’ ideas for a transition from fossil fuels, and this skepticism is important to hear. In an interview with The Hill, Cecil remarks, “When people use those two words, ‘just transition’… There’s no such thing as a just transition, there’s never been one for workers in this country. And that’s the thing people have to try to articulate here, ‘what am I going to do if you do lose your job here?’” Roberts’ question must be answered, because environmentalists and politicians alike cannot make the same mistake the coal industry has by abandoning its miners. 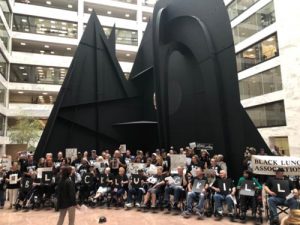 Without the energy generated by coal mines and their miners, the country would not have developed into the superpower that it is today. Ensuring healthcare for coal miners with Black Lung is the beginning of any truly just transition to a sustainable energy future. Moving forward, we must also ensure that rural Appalachian communities can continue to survive and ultimately thrive without relying on the dirty coal industry. After all the people of Appalachia have sacrificed – health, loved ones – it is past time to give something back. For the miners with Black Lung, and for the region, the clock is ticking.

Chloe McGlynn is a Stanback Intern at the Rachel Carson Council. She is a senior majoring in Neuroscience and English at Duke University.