The Bitter Side of Sugar

The COVID-19 pandemic has upended lives in countless ways, but for some residents in Palm Beach County, Fla., the respiratory virus poses an even deadlier risk to their health and well-being.

The cause for this pollution? The outdated practice of sugarcane burning. The cheap yet effective method works well because the water-rich sugarcane stalks permit farmers to freely set the surrounding dry cane leaves ablaze before harvest. This leaves only the sugar-rich stalks behind along with the harmful byproducts of smoke, soot and ash. Despite these consequences, sugarcane burning is the preferred method of harvest in this area, as it reduces transportation costs.

The harmful practice is a part of everyday life for Glades residents. Children have even coined the term “black snow” in reference to the falling ash that lands on nearby cars, houses and schools.

I grew up just south of Glades. It was the place where I cultivated my passion for the environment and jump started my advocacy career. That’s why this particular environmental justice issue hits so close to home. How is it possible that the location that nurtured my environmentalism also represents the site of environmental injustice for thousands of people?

According to the Herald Tribune, the answer is clear — commercial profit. For big sugar, the Everglades represented the ideal locale for sugar cultivation. The nitrogen rich muck soil of the Florida wetlands was first utilized to this end in the 1880s. Soon after, the Everglades became populated with USDA chemists who were eager to convert the uninhabitable wetlands into land suited for agriculture. This led to various costly projects including wetland draining, utilization of mechanized equipment and crop variety experimentation — actions that undoubtedly degraded the natural wetland landscape, but led to the development of a booming sugar industry. A century or so later, a quarter of the nation’s sugarcane is produced in the Glades area with sugarcane burning the primary method of cultivation.

Apart from environmental degradation, this harmful practice poses significant risks to human health. The EPA reports that contaminated air has been linked to adverse health effects including asthma, decreased lung function and difficulty breathing. For residents, this connection is no surprise. According to Grist, residents can tell when the burning season has begun because they experience increased difficulty breathing and asthma flare-ups. These problems pose a greater risk today because of the pandemic which hit Florida particularly hard with over 650,000 confirmed infections to date. This deadly connection was demonstrated in a recent study conducted by researchers at the Harvard T.H. Chan School of Public Health. According to the new study, dirty air in the United States is linked to higher death rates from COVID-19 — a clear illustration of how the pandemic disproportionately affects victims of environmental injustice. Despite the potentially fatal link, large-scale agricultural burns continued throughout the early months of the pandemic against CDC recommendations; they are set to resume in October.

In Palm Beach County, classes resumed in-person activities Sept. 21 and are set to continue for the rest of the semester. Annual burning occurs from October to April, the usual sugarcane harvesting season, and closely aligns with the school calendar. For many residents the choice is made: those who don’t have access to child care are essentially forced to choose in-person schooling, putting their child’s health and safety at risk.

Environmental organizations are pushing back on the archaic practice and calling for an end to the massive burns. They propose a safer alternative called “green harvesting,” a technique utilized in other sugarcane-growing countries like Brazil and Australia. In green harvesting, sugarcane is harvested without any burning, allowing the leaves to be utilized for other purposes.

“In Brazil, they utilize the whole plant with green harvest,”

said Patrick Ferguson, a Sierra Club organizer. This allows for the sugar trash to be turned into mulch, electricity, tree-free paper products and other innovative creations. Ferguson refers to the South American country as the “most advanced cane-growing nation” and wants Florida to follow suit.

A group of grassroots activists in Glades are pushing a 2019 federal class action lawsuit against big sugar. The suit, filed on behalf of the 40,000 residents living near the burning fields, names a dozen sugar growers as defendants, among them U.S. Sugar — the largest producer of sugarcane in the United States. The lawsuit alleges that the area’s health risks and lowered property values are a result of burning sugarcane fields and the associated toxic smoke exposure.

While large sugar growers are being scrutinized, they are not the only ones at fault. The Palm Beach County school district is under fire for encouraging the sugarcane harvest and their associated practices by leasing a sugarcane field right next to Rosenwald Elementary School, located in the mostly Black and Latino town of South Bay, Fla. In return, U.S. Sugar compensates the school district for the sugarcane grown on the tract and provides students with “opportunities” in agricultural education.

Regardless of the possible educational “opportunities” created by sugarcane harvesting, the evidence is clear: the practice is disproportionately causing harm to nearby marginalized communities. According to Grist, the COVID-19 mortality rate is nearly 80 percent higher in Palm Beach County than it is in Miami-Dade County, despite having many fewer cases of infection.

This environmental crisis comes at a time when the EPA has indefinitely suspended the enforcement of certain environmental laws due to the continuing COVID-19 outbreak. Hence, polluters will be able to ignore some environmental laws that regulate air and water contamination if they can claim that their violations were caused by the COVID-19 pandemic.

The words of Rachel Carson, who envisioned the RCC before her death, still hold true. As she put it, the principal cause of ecological degradation is a society that worships

“the gods of speed and quantity, and of the quick and easy profit, and out of this idolatry monstrous evils have arisen.”

Unless we demand of our society that it demand safety over profit, these “evils” will continue and the poor will suffer. 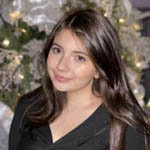 Emily Irigoyen is a rising sophomore at Vanderbilt University pursuing a double major in Environmental Sociology and Spanish with a minor in Communications in Science and Technology. Her RCC Fellowship project is a fossil fuels divestment campaign for Vanderbilt and others in the Southeast Conference. [email protected]