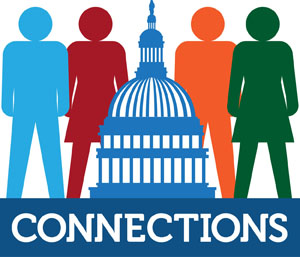 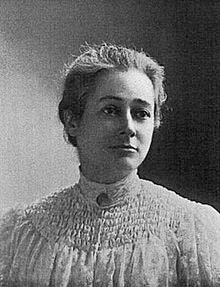 An American hero, Florence Merriam Bailey, set off one of the biggest crazes in American history. Birdwatching. Yes. Birdwatching. There are now an estimated 67 million birders throughout the nation, (about 20% of us) a number that continues to grow. The economic activity generated is at least $100 billion and rising rapidly.

Bailey started it all with her popular book, Birds Through an Opera Glass (1889)  that called on Americans to stop shooting birds to examine, collect, paint, or eat them — as had been the practice from the early days of Audubon and before. Bailey recommended, instead, the joys of watching and learning about living birds, not dissecting dead ones. She even recommended certain binoculars to her readers. Today, Americans buy over 2,000,000 pairs each year. Bailey birthed a culture of caring about nature and our feathered friends.

Florence Merriam Bailey was part of a group of mostly women authors around the start of the twentieth century called the Nature Study Movement that heavily influenced Rachel Carson’s mother and Rachel Carson herself. The women of the Nature Study Movement believed that if children were introduced to watching and loving birds and animals in their youth, they would no longer want to kill them. They would, in fact, grow up to be better citizens. Carson summed this up nicely in a speech when accepting the John Burroughs Medal: 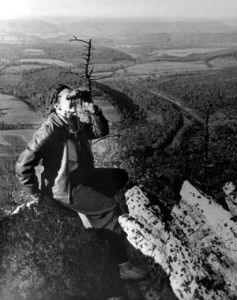 “The more clearly we can focus our attention on the wonders and realities of the universe about us the less taste we shall have for the destruction of our race. Wonder and humility are wholesome emotions, and they do not exist side by side with a lust for destruction.” 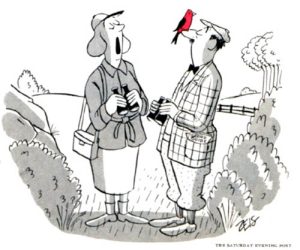 Today, this gentle, bird-loving culture, with it sense of wonder and empathy, has about as many adherents as a much better known American phenomenon — the gun culture. There are about 77 million gun owners in the U.S., a number that has grown in recent years, but is, nevertheless, only slightly larger than that of bird watchers. Birdwatching used to be the butt of cartoons filled with little old ladies and effete men. But today it is going mainstream, popular, and increasingly diverse. Soon, it will start to outpace the older gun culture. But we need desperately to speed up a transition in the U.S. from a gun culture to a bird culture.

Guns have been a staple of American history and popular culture – Westerns, detectives, spies and sheriffs, action heroes seem to fill our airwaves and our minds and hearts. The result has been and remains disastrous.

There have already been 35,000 Americans killed by guns this year — about on pace for a typical year in which about 40,000 people die from gun shots. As I write, three University of Virginia undergraduate football players have been killed by a classmate who knew them well. I am shocked and angry that this can happen even at an historic, elite university. The news is filled with stories of the untimely, tragic deaths of these talented, promising youth, of the motives and mental state of the shooter, and of the responses of pro-gun officials, like Governor Glenn Youngkin of Virginia, who offer “prayers.” But nothing is written about how and why the shooter obtained his gun, or that in Virginia citizens are permitted to carry guns openly.

When even such a horror represents a mere .1% of American gun deaths, something needs to change – and rapidly. First, political leaders, mostly Democrats, who care about reducing gun violence and putting restrictions on guns need to be far, far bolder.

In the nineties, following a wave of protest and outrage over gun deaths, the wounding of Ronald Reagan’s press secretary, Jim Brady, and a rise in gun deaths and injuries related to intense marketing and lobbying by gun manufacturers and the NRA, who actually feared slipping sales, there were strong gun control proposals. Senator John Chafee (R-RI), a liberal Republican of the old school, even introduced a bill to ban the possession of handguns. Polling by the Joyce Foundation and surveys of the leadership and official positions of the American College of Physicians revealed strong majorities for tough gun legislation. In such an atmosphere, the first Assault Weapons Ban was passed in 1994. Then the backlash from pro-gun zealots became intense, followed by the terrorist attacks on U.S. soil on September 11, the war in Iraq, and conservative pro-gun rule until 2008. Since even some Democratic commentators had blamed the loss of Al Gore in 2000 on Clinton-Gore gun control policies, most Democratic candidates turned tepid on gun violence prevention. Not until the restoration of the Assault Weapons Ban in 2022 under President Biden, who had championed the 1994 version as chair of the Senate Judiciary Committee, has there been any major restriction on guns.

Such timidity is out of step with most Americans who favor stricter gun laws. Current surveys reveal majorities who would favor gun restrictions and a whopping 70% of American households who do not own even a single firearm. Further, the appeal of guns and gun ownership is heavily concentrated in rural and Republican states that have disproportionate representation in the Congress and in state legislatures. Put bluntly, the gun culture is heaviest in less populated parts of the U.S. and, on a map, in areas of the former Confederacy and Wild West. Most urban and suburban Americans have little use or tolerance for the old gun culture. Polls and votes from these mostly Democratic areas show opposition to guns and desire for gun control in the 70% range.

Florence Merriam Bailey and Rachel Carson would be pleased with the spread of birding, nature study, and environmentalism in the U.S. A culture of loving birds, species, and people different than ourselves will ultimately make the United States a safer, saner, and more empathetic and inclusive place. But we cannot wait for a slow demographic and cultural shift to stop the slaughter of our fellow Americans. Our right to the pursuit of happiness, to domestic tranquility, to our very lives, is threatened by guns and gun culture. We must demand loudly, and as fiercely as the gun lobby, that the guns and shooting must stop. It is time to choose birds and binoculars over Brownings, Bushmasters, and Berettas.

— Bob Musil is the President & CEO of the Rachel Carson Council and author of Rachel Carson and Her Sisters: Extraordinary Women Who Have Shaped America’s Environment (Rutgers, 2016) and Washington in Spring: A Nature Journal for a Changing Capital (Bartleby, 2016). He is also the editor of the forthcoming annotated edition from Rutgers University Press of Rachel Carson’s Under the Sea-Wind with his Introduction, updated marine science, and historic and contemporary illustrations and photographs.