Taking on Industrial Goliaths: Why the “Impossible” Fight Against Wood Pellets Matters 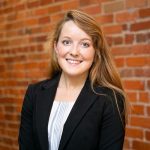 Is it heroic to challenge the power and influence of corporate giants like Enviva and Drax? Or simply naïve?

Seeing the catchy phrase “Drax the Destroyer” printed on biomass protest signs across the world, I instantly envisioned the famous fictional character by the same name, a six-foot-four colossus from Marvel whose powers include enhanced strength, energy blasts, and a proclivity for battle.

But the protests really refer to the UK company Drax. Under the guise of “carbon neutrality,” it produces biomass, or wood pellets, to burn for energy. Woody biomass is often harvested from forests in the Southeastern United States, then shipped overseas to the UK, Europe and Asia to be burned, emitting more carbon dioxide than coal. Read more

Looking at Gentrification: Should Stories Count? 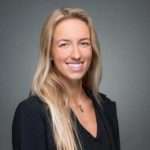 When first studying the scientific method, we learn about conducting an experiment to help support or eliminate a hypothesis. The experiment itself is said to provide supporting evidence that helps scientists, policymakers, entrepreneurs, and others make decisions. However, what qualifies as evidence can be arbitrary. When some look to science, they expect to see numbers and figures. But in other circumstances, according to Cornel West, stories and personal accounts can be just as valuable.

While researching how flooding from Hurricane Florence may have affected gentrification in New Hanover County, North Carolina, I have found that neither numerical evidence nor personal accounts alone can help explain the phenomenon. Both forms of evidence play different roles and offer a different perspective on the story. Studies have shown that in some circumstances, quantitative evidence may not be able to paint the full picture when studying a process (social, environmental, economic, etc.) that changes over time. In such a case, qualitative evidence or personal accounts and perspectives can provide the crucial details needed to find answers. Read more

Get the Picture? Climate Change Inequality in GIS 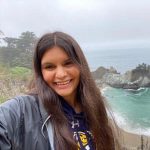 Geographic information systems (GIS) are used for viewing, analyzing, and displaying geographical data in visual form. GIS uses data that is attached to a particular location and has the advantage of improving decision making since details are mapped out and easier to understand. Other advantages include reduced project costs and increased efficiency, improved communication between involved organizations, and easy recordkeeping where the maps can also be edited.

In short, GIS allows people to view their surroundings in new ways and see the bigger picture of the geographical world. Thousands of organizations around the world use GIS to make maps that communicate their analysis and share their solutions. We humans can have difficulty understanding data spatially; GIS software seeks to bridge that gap. GIS can help group statistics together that we wouldn’t be able to understand without a larger perspective. Some of the questions that GIS can help solve through pictures could be: Where are low-income families moving to from Raleigh, North Carolina? How are wastewater treatment plants affecting water quality in Eastern North Carolina? Read more

Caricatures of a farmer usually conjure up images of a white, strong, rural man. While almost 60% of farm owners in Maryland are male, and about 70% are white, these statistics paint an incomplete image of what a farmer in rural Maryland actually looks like. Unfortunately, we lack the idea of female, non-white, farmers partly because these groups did not have the resources to pass down their stories. John Mack Faragher writes in “History from the Inside-Out: Writing the History of Women in Rural America” that “Some rural women- Native Americans, Afro-Americans, Chicanas, Mexicans, Hispanics- have suffered a historical silence in direct relation to the social conditions that kept them nearly totally illiterate. Even among Euro-Americans, only a few country women left written records, for even white female illiteracy was commonplace until at least the second half of the nineteenth century.” Not only were women without the means to record their experiences, but many had to “Combine illiteracy with farm workloads that kept even ‘scribbling women’ too busy to write much, and cultural attitudes that consistently devalued women and their documents, and it is a wonder that we have any historical materials at all.” Read more