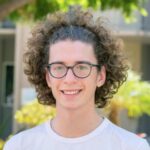 Society has failed us. We are living through an epoch of collapse and loss. War, pandemic, and global climate change are compounded and quickly making our planet more and more hostile to all forms of life. As hard as it is to hear these words ­– to truly internalize their meaning – it is even more dangerous to ignore them. We all know how serious these problems are, but often struggle to understand our place in addressing them. Mainstream environmentalist movements have thus far failed to create large scale structural change. The way we understand these issues defines the types of solutions we consider viable. Addressing these problems requires us to think in entirely new ways about how we relate to each other and the world. Read more 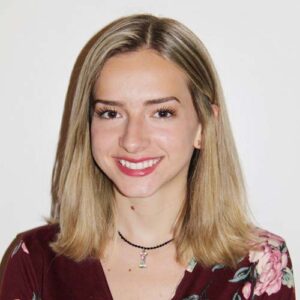 Mrs. Goldman dashed a dark Expo marker across the whiteboard in my seventh-grade Life Science class. The big letters drawn underneath our to-do list said “Rachel Carson” and “Read Silent Spring.” Sitting in a classroom filled with beakers, science fair projects, and restless middle schoolers was when Rachel Carson entered my life. We heard about this famous woman who stood up for the planet, as well as its people, plants, and animals. As a 12-year-old, I enjoyed the story, but was spared the details of the hardships that Rachel Carson faced as a woman who went against men in positions of power. A few years later, in my senior-year environmental science class, I re-learned the story of Rachel Carson — details included. My class looked on in shock as my teacher projected on the board the vicious personal attacks on Carson, not just critiques of her argument. Quotes from angry men that asked why “a spinster was so worried about genetics” or that claimed her advocacy was “hysterically over-empathetic” and the result of “mystical attachment to the balance of nature.” Read more

Where Does the Power of Fossil Fuels Come From? 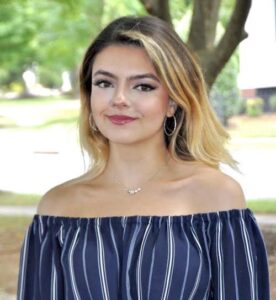 Although the United Nations Climate Change Conference of 2021 (COP 26) ended in November 2021, it is still critical to address the troubling demonstration of power that the fossil fuel industry has in dictating the future of our species on this planet both at international negotiations and at home.

At COP 26, there were 503 lobbyists representing around 100 oil, gas, and coal companies, including Shell and BP – a delegation even larger than any country. Even more disturbing is that fossil fuel delegates outnumbered the combined representatives of the eight countries and territories most affected by the climate crisis (Myanmar, Haiti, the Philippines, the Bahamas, Bangladesh, Puerto Rico, and Pakistan). Read more

Living Without Nature: Interviews from Chicago’s South and West Sides

(First in a series)

It wasn’t until college that I learned about Nature Deficit Disorder. It’s not a medical condition, but more a syndrome from the withdrawal of nature. It suggests that there is a correlation between a lack of greenery and obesity, attention difficulties, and emotional and physical illnesses. This is especially prevalent in lower-income communities, which typically do not have access to the same forms of natural resources like parks or woods as wealthier ones. Take where I grew up. Read more

Climate Change is Not a Problem

My family cares about the climate problem. We buy local vegetables and try to keep lights off whenever they are not needed. Recently, I was speaking with someone about climate change and expressing my frustrations over inaction, and this was their first response. I was left a bit unsettled to learn that they believed by doing small actions like these, our environmental issues would be solved. If only more people recycled. If only more people had solar.

What is Community Solar?

Solar energy is the cheapest it’s ever been, 20-40% lower than anyone initially thought it would be. That’s great for solar developers and big companies that are looking to become more sustainable, but what could this mean for everyone else? What if your roof is not a viable option for solar panels? And solar panels can still be a costly choice for the average homeowner, even if the payback period is shorter than it has ever been. What if you can’t afford it? Enter community solar. Here’s what you need to know.

In general, its goal is twofold: equalize the opportunity for people to have access to solar power, and boost the usage of solar energy across the country. Community solar differs across the country. There is no one set model of what it is, and therefore it can be modified to satisfy the needs of different communities. Read more

What’s pristine? Nature’s most unspoiled landscapes were crafted by people.

The morning air is poignant, warm with the scent of dry leaves. I meander down a path in the Fred Stanback Jr. Ecological Preserve in Salisbury, North Carolina, rolling hickory nuts underfoot. Each time one pops with my weight a sweet smell wafts up on my face. When I bend to collect a particularly clean nut, a light pulls my attention to a small gully drowned in leaf litter. A Bud Light can, nearly stripped of its blue. As I turn to collect the can, it pops up and swims through the leaf litter sea. Eventually, a striped brown head surfaces and a chipmunk scrambles across the leaves to gather one of the hickory nuts from the path, with such fervor it tosses pit gravel at my legs. The chipmunk does not stash the large nut in its cheeks — rather, it methodically attempts to wedge it into the gnawed opening of the can. I can now see that the beer can’s sides are bulging with other goods this creature has collected. Read more 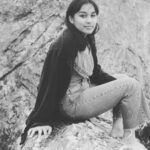 Outside the office doors of Governor John Bel Edwards, most members of the Coalition Against Death Alley (CADA) were sitting down in chairs and on the cold marble floor. But Pat Bryant was pacing back and forth singing the same songs that he did as a child during the Civil Rights movement. The swell of voices grew, and echoed through the cavernous chamber, bouncing from wall to wall— the notes like falling dominoes, gathering momentum. As he paced back and forth across the lobby, he made eye contact with the members of CADA, bystanders, and Edwards’ secretary. Security seemed at a loss for what to do, and some of the members took out their phones to record the singing—this didn’t make it any less profound, their voices needed to be heard. Read more